A year of excellent research results and great Institute developments

Another year has passed rapidly: 2019 brought a multitude of exciting events, outstanding research results and other great Institute news.

Among other things, the Institute celebrated its 10th anniversary in 2019. Since the opening of the campus in 2009, IST Austria has already reached many milestones—in the areas of research, recruitment, construction, scholarships, and fundraising. This was reason enough for employees and guests to celebrate the anniversary with a week full of festive events in June.

The anniversary week was kicked off with an official ceremony on June 4 and numerous guests from politics and science. Our most distinguished guest of honor, Federal President of the Republic of Austria Alexander Van der Bellen put the Institute’s first decade in a nutshell: “An Austrian miracle has happened.” 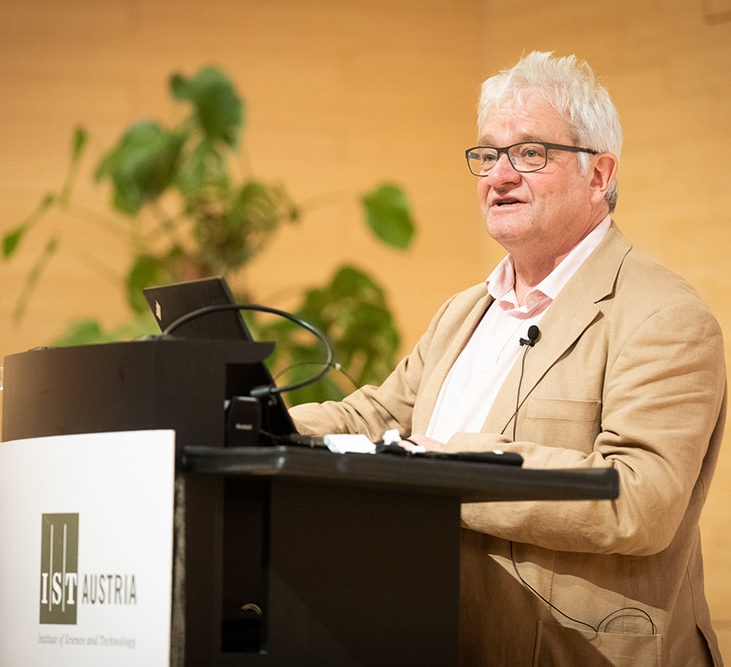 Two further lectures by top international scientists followed: The first lecture “Science as revolution” was given by Sir Paul Nurse, Nobel Laureate in Physiology or Medicine, and Director of the Francis Crick Institute in London. The geneticist and cell biologist argued that science can be considered the longest lasting revolution in human history. 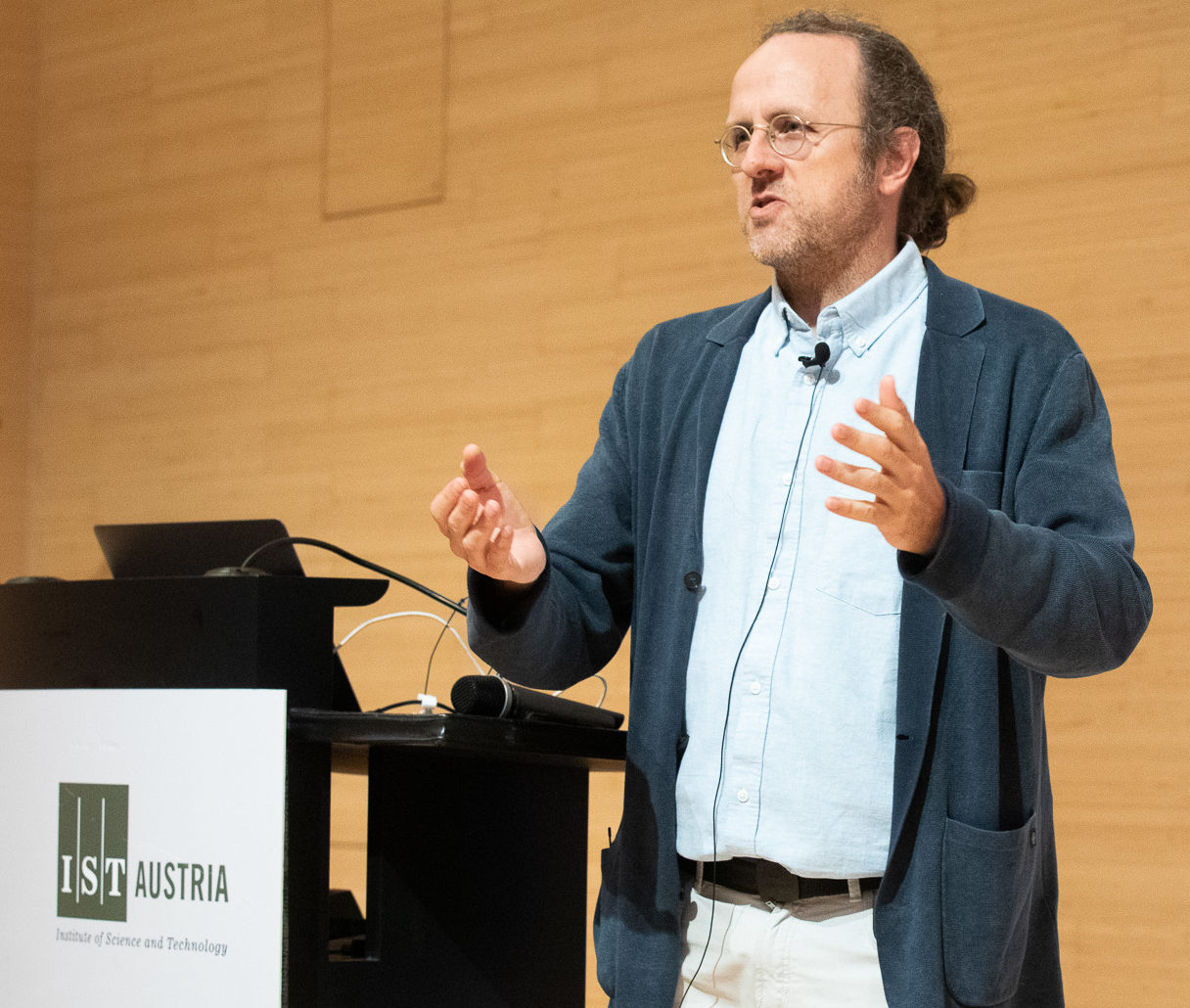 Foundation of the BRIDGE Network

The launch of the “BRIDGE Network” is another great success for IST Austria. The five founding institutes have two aims in common: to conduct excellent research and to train the next generation of PhD students.

These core aims are also reflected in the name of the network: “Basic Research Institutions Delivering Graduate Education”. Its members include the Francis Crick Institute in London, UK, the Okinawa Institute of Science and Technology Graduate University (OIST) in Japan, Rockefeller University, New York, USA, the Weizmann Institute of Science in Israel, and IST Austria. The members combine the best of two worlds for excellent researchers: on the one hand the freedom and the necessary infrastructure to fully concentrate on their research, and on the other hand, to be part of the global community of excellent young scientists in order to attract and educate young researchers.

As an interdisciplinary research institute, IST Austria strives to conduct and communicate basic research on a world-class level. Awards and prizes are therefore an important indicator for the research quality on campus. A large number of awards and distinctions—such as the Technical Oscar for Bernd Bickel, the Ludwig Boltzmann Prize for Maksym Serbyn, the Carus Medal for Carl-Philipp Heisenberg, the EATCS award for Tom Henzinger, and appointments as members of various scientific societies such as Robert Seiringer (American Mathematical Society), Peter Jonas (EMBO), Edouard Hannezo and Martin Loose (EMBO Young Investigator Programme), Jozsef Csicsvari (Academia Europaea), Leonid Sazanov (Fellow of Royal Society), and the selection of Sandra Siegert’s recent discoveries as Hot Topic of Neuroscience—have contributed to making IST Austria more visible within and outside the scientific community in 2019.

Not only during the last decade, but also during the anniversary year, IST Austria has reached remarkable milestones.

In June, IST Austria was ranked third in the normalized “Nature Index 2019” ranking, a global comparison of research institutions and universities based on their publication output in relation to the institute size. Apart from IST Austria, only two other European institutions (EPFL Lausanne and ETH Zurich) made it into the top 25.

One of the quality characteristics of basic research in Europe is ensured by the European Research Council (ERC) in the form of research funding with the aim of promoting and supporting excellent research in Europe. Among institutions with more than 30 grants approved, IST Austria has the highest ERC grant success rate among institutes in Europe (48 %). In 2019, three additional IST Austria professors—Edouard Hannezo, Maksym Serbyn and Krishnendu Chatterjee—received these competitive grants in support of their research.

An overview of the awards and prizes that professors have received in recent years can be found here.

In addition to world-class science, IST Austria offers a wide range of events and other opportunities to create points of contact for people interested in science, and to communicate the importance and role of science for society.

Highlights of the day were the ceremonial cutting of the cake (in the shape of the IST Austria campus) and numerous interactive science stations. The ten-meter long starch pool, which people could cross without sinking-in due to its special physical properties, was particularly popular among the guests.

This year, the Summer Campus at IST Austria took place for the sixth time. During a whole week in August, 80 children of elementary school age were engaged in experiments in the fields of physics, biology, computer science, art and history. The program took partly place on campus and partly at partner institutions such as the Gugging Museum and the Klosterneuburg Monastery.

Also in summer, the IST Austria science camp for teenagers “Top Models in Science” took place once again. For one week, 23 teenagers learned about scientific models and technical innovations under the theme “Science also needs models.” The teenagers also got a chance to experiment and build their own models. The camp took place as part of the “Talent Summer in Klosterneuburg” in cooperation with the Lower Austrian Talent Forge and the Institute for the Promotion of Young IT Talent (IFIT).

200 participants took part in the Science Education Day 2019 and discussed new methods in science education. Especially for this day, Petra Van Koppen from the University of California, USA, gave a lecture on the importance of teaching students fact-based and scientific thinking. The participants could also try out various concepts of successful school projects during the workshops sessions.

The closing lecture of the day was held by Haim Harari, physicist and former president of the Weizmann Institute of Science, Israel, and one of the founding fathers of IST Austria, who pointed out the increasing necessity of science education in modern society. The Science Education Day 2019 took place in cooperation with the University College for Teacher Education Vienna and the University College for Teacher Education Lower Austria. The Science Education Day 2020 will take place on March 11, 2020.

The Technology Transfer Office manages the technology portfolio of IST Austria. It works closely with the researchers to establish strategies for the transfer of technologies into industry, whether for existing companies or for start-ups. 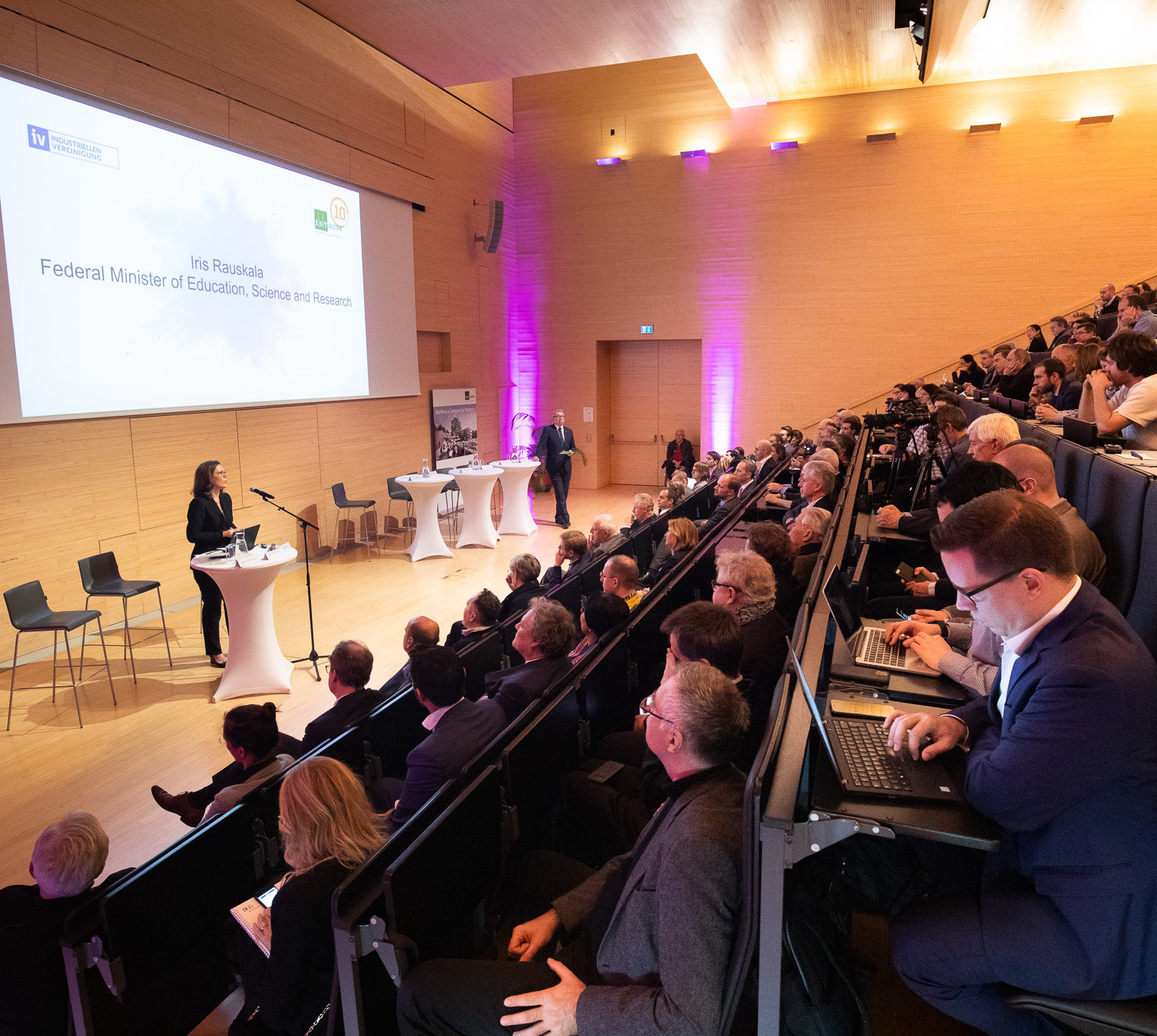 In November 2019, the Science Industry Talk under the motto “Capturing Serendipity” took place at the IST Austria campus. 200 participants gathered in the Raiffeisen Lecture Hall to hear more about the connection between science and economy and how to “capture serendipity.” One of the highlights was the lecture by Babak Parviz, Vice President of Amazon, who presented his own experiences in technology transfer.

After one and a half years of construction, the technology and research center IST Park opened its doors in September in the immediate vicinity of the IST Austria campus. The construction was financed by the EFRE structural funds of the European Union and ecoplus regional funding. IST Park was founded jointly by ecoplus GmbH and IST Austria as a state-of-the-art center to provide space for related research units, spin-offs and technology-oriented companies and to support the transfer of science into industry.

As an interdisciplinary research institute with the right to award PhD titles, IST Austria highlights the great importance to educate the next generation of scientists and offers positions for PhD students, postdocs and interns. The young researchers can take further steps in their research careers on campus and work together with top researchers on unique projects.

In the summer of 2019, 23 graduates received their PhD titles. The following fall, the Institute welcomed 62 new students to its PhD program. The newcomers, who come from all five continents, will spend four to five years at IST Austria to gain scientific experience in the basic research areas of life sciences, neuroscience, computer science, physics, and mathematics.

The call for applications for the PhD Program 2020 is still open until January 8, 2020. Further information on the PhD program at IST Austria can be found on our Graduate School website.

At IST Austria, 178 postdocs are currently working on exciting projects that will prepare them for their future careers. Pavol Cerny’s career, for example, shows how successful the alumni of IST Austria are. He worked as a postdoc in Tom Henzinger’s research group and, after a subsequent stay abroad, was appointed Professor at the Vienna University of Technology.

IST Austria offers two ways to join the Institute for an internship during your Bachelor or Master studies: The first option offers scientific interns to stay on campus for one year and join a research group, while the second option, the ISTernship (term “IST” and the English word “(int)ernship”) runs for 2.5 months during summer.

In 2019, 44 ISTerns from 25 different countries took part in the summer internship program to exchange experiences with the researchers of IST Austria.

2019 has brought many wonderful milestones and of course, there will be many exciting activities at IST Austria again in 2020.

IST Austria wishes you a Happy New Year and looks forward to another successful research year 2020!